Our small team delivers big impact with the support of of our board of directors, volunteers, donors, community partners - all in partnership with our farmers and food producers.

Our small team delivers big impact with the support of of our board of directors, volunteers, donors, community partners - all in partnership with our farmers and local producers. 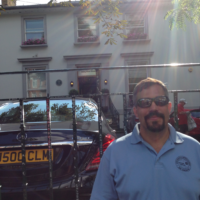 A Milwaukee native, Andy has resided in the area for most of his life. Having lived in many parts of the city, he has an appreciation of the challenges of neighborhoods that lack plentiful, convenient food options. This made it an easy decision to join the Fondy Team in 2021. Andy has degrees from Marquette University in Engineering. He enjoys applying the problem solving skills he learned there to the Fondy mission. In his spare time, he likes to spend time with his family, cycle, cross country ski and play guitar. 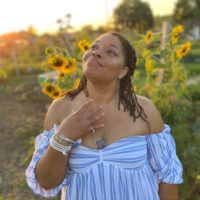 CaBeatrice joined Fondy in 2022, bringing 8+ years of project and account management experience. A long-term supporter of Milwaukee’s agriculture and the entrepreneurial community, she enjoys engaging with Milwaukee’s diverse community. In addition to her professional experience, she has been a hobby farmer since 2009, specializing in Intensive Organic Farming practices and Herbalism. CaBeatrice is married to her high school sweetheart, they have four children. Together they operate a community art studio in Milwaukee’s Capitol Heights neighborhood. Having grown up in Milwaukee’s Sherman Park and Capitol Heights neighborhood, she is passionate about providing space for Milwaukee’s creative community. 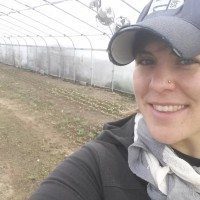 Katie’s care for the environment, her personal food choices, and her desire to build community circled her into the world of sustainable agriculture in 2012. Wanting to get further into the world of knowing truly where her food came from led Katie to the University of Vermont to earn a Certificate of Sustainable Agriculture, where she learned all aspects of farming; from crop planning, planting and harvesting, to business planning and marketing. She found her way to Fondy in 2015 after a few more seasons working on certified organic vegetable farms in SE and SW Wisconsin, and managing the Tosa Farmers Market for 3 years. In 2019 she started her own market garden on her and her partner’s 22 acres north of Milwaukee. Katie is driven by supporting the local economy, local food producers, and, of course, local farmers. 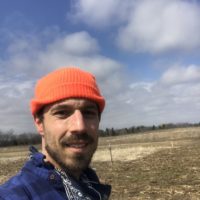 Nyob zoo! Food is a universal experience; an act that unites everyone. This realization profoundly influenced Stephen’s decision to farm. He spent five years learning about soil in glaciated Wisconsin loam, Maine silt loam, and Georgia clay. Participating in these ecosystems instilled a strong sense of community, respect for the land and its inhabitants, and the knowledge needed to steward a farm. Stephen continued his farm odyssey by joining Fondy in 2010. Since then, he has spent much of his time humbled by the depth and breadth of knowledge that Fondy Farmers, the land, and the Fondy community at large have shared with him; it is staggering. Stephen loves puzzles, learning language, reading land, and ensuring that farming is a viable and accessible vocation and avocation. Walking with his multi-species family is the honor of a lifetime. 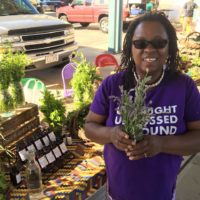